A safe word is a verbal boundary. A safe word that both people can use when there is something that either does not feel comfortable about discussing or doing at that moment. Uses for the safe word could include preventing disagreements (intervening an argument), or in the case of sexual abuse survivors to stop an escalation of negative emotions (residual victimized and dis-empowered emotions from building).

Rules for the safe word:
a) both people agree in advance what the *safe word is and discuss the rules
*any word that can be used no specific meaning is required.
b) both people agree upon the time frame to return to discuss the situation and choose how to proceed
c) once the safe word is used both people must agree to stop the conversation or activity
d) both people are to allow each other space alone to sort out their feelings and emotions
e)
both people return at the pre-set agreed upon time to discuss the situation and choose how to proceed
Once a safe word has been effectively established and applied successfully, the trust within the relationship is strengthened. As the relationship continued to flourish from this new found communication technique, you may introduce an additional safe word that is used for the same reasons above; this additional word is employed as a brief time out, rather than merely discontinuing the behaviors (verbal and/or physical) thus preventing unsafe emotions to accelerate and become overwhelming. The same rules for the additional safe word are also implemented. 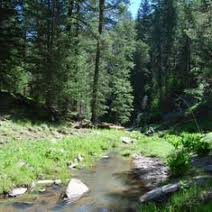 Posted by QuantumPsychologyAdvances at 1:02 PM